Most of the temples and other structures in the Bagan Archaeological Zone were constructed during a period from the 9th to 13th Centuries. Bagan, previously known as Pagan, was the capital city of the Pagan Empire from 1044 to 1287. At that time the Pagan Empire was the dominant regional power making Bagan the most important city in Myanmar during that period. Bagan is located on a dry hot plain with a desert like terrain in stark contrast to the green and heavily vegetated area in which Angkor Wat, South East Asia’s other major temple complex, is located. From 1287 Bagan declined in size and importance and many of what are believed to been over 10,000 temples and other religious structures fell into disrepair with many not surviving through to the the modern day.

There are lots and lots of temples to visit in the Bagan Archaeological Zone, some of the highlights include: 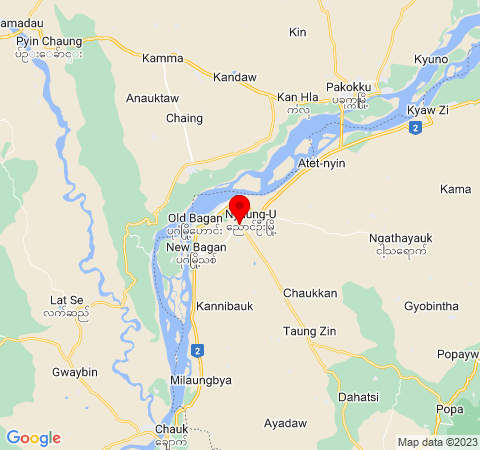 Bagan Archaeological Zone is located near to the town of Bagan. Follow the links below for information about travel to Bagan: