The Pindaya Caves, in Shan State, is a popular tourist attraction and pilgrimage site made accessible by a long set of covered stairs and an elevator. Entrance to the site costs the equivalent of around $3 USD and it is open to visitors every day during daylight hours.

Pindaya Caves consists of three caves located within a limestone ridge. Only one of the caves is open, the other two remain something of a mystery. The cave you can go inside is approximately 150 metres long and contains 8,000 to 9,000 images of the Lord Buddha, an estimate which varies according to which source you read. The age of the Buddha images isn’t precisely known either. Some of the statues have inscriptions on them and the oldest date given in 1773. Most of the statues are believed to be from the late 18th Century and 19th Century. The collection of statues is continually growing with a wide range of contributors from normal citizens to the country’s ruling elite. The Buddha statues vary a lot in style as well as in materials, with some made of wood, others marble, and other in various metals. Arguably, the cave has one of the best collection of Buddha images in South East Asia.

In front of the entrance to the main cave are a further three curiosities worth inspecting during a visit: 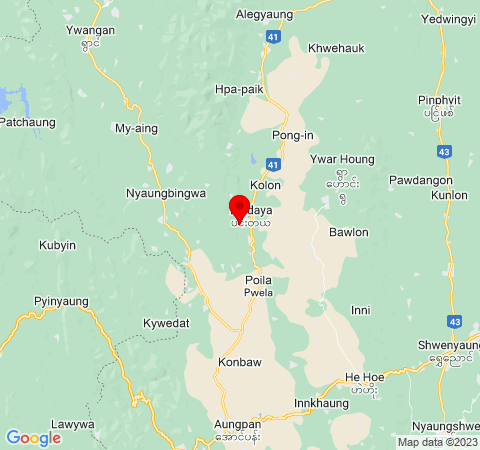 The Pindaya Caves are located near to Kalaw. Follow the links below for information about travel to Kalaw.